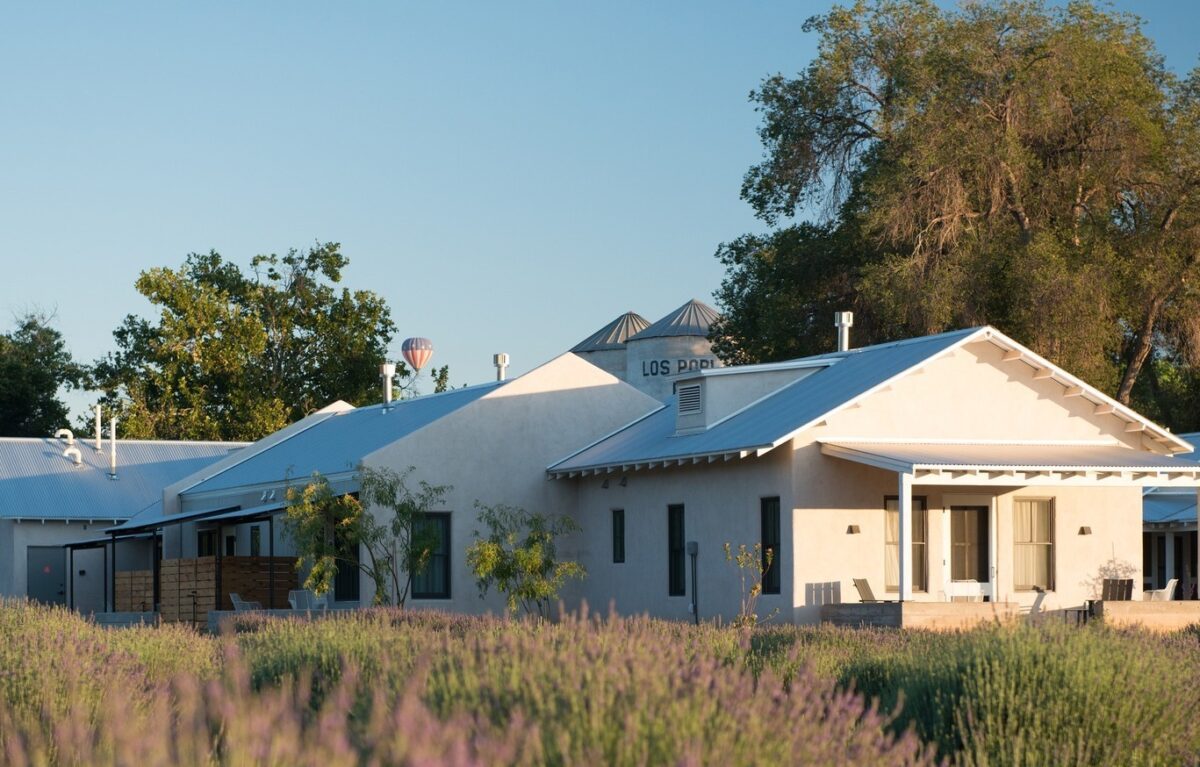 The inn plans to open a “retail and tasting room experience” in downtown Albuquerque in October. The new location, Town & Ranch, will feature the inn’s copper stills in action so that guests may watch the liquors being made.

While the gins are new, Los Poblanos has distilled lavender essential oil for well over a decade. Los Poblanos Executive Director Matt Rembe told The Albuquerque Journal that his team has “become very proficient in distillation.”

Los Poblanos prides itself in the use of organic lavender, which is featured in many of the inn’s farm shop products. These artisanal items range from body soaps and hand sanitizers to lotions and candles.

The lavender is sourced from the inn’s farm, which has been farmed for over 300 years.

One of the new gins, aptly named Lavender Gin, will highlight the inn’s favorite flower. Rembe mentioned that “it’s very floral”  but “it definitely has notes of piñon, notes of chamomile.”

The second spirit, New Western Gin, will be Los Poblanos’ take on a modern gin with 16 botanicals and a subtle juniper presence.