Virtual Gorillaz bassist Murdoc Niccals tells fans he will be making his signature cocktail during the live masterclass. (Photo: Gorillaz/YouTube)

Gorillaz and Smirnoff first indicated this “truly original experience” would take place when the two entities partnered to produce a limited-edition bottle of vodka in late October. The Gorillaz x Smirnoff vodka sold out in under 24 hours, per The Spirits Business.

The partnership also included the creation of four cocktails inspired by each Gorillaz band member. 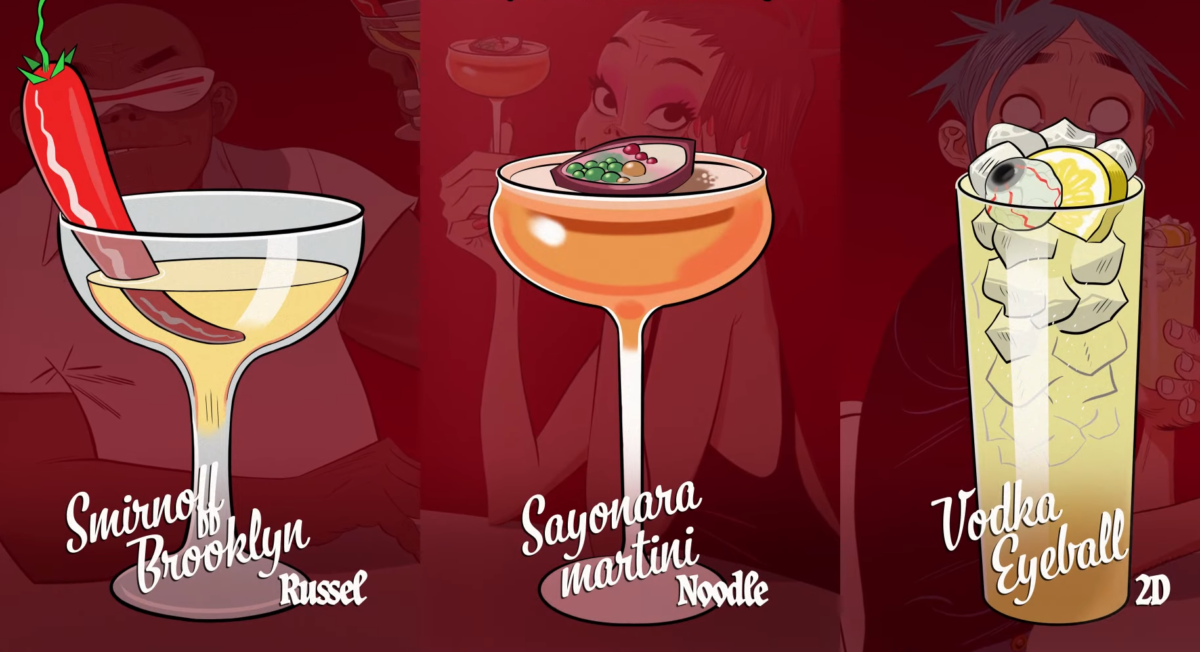 According to the report, fans who wish to participate will need to supply their own bottle of Smirnoff’s No. 21 vodka, jigger beaker, cocktail shaker, ice, Martini glass, vermouth, olive brine and pickles. The cocktail on Niccals’ menu is his own signature drink, the “Vodka Murdini,” garnished with a pickle — inspired by the bassist’s fan-given nickname, pickles (he’s green, so it’s appropriate).

At the end of the cocktail class, Niccals will conduct a Q&A session where he will answer fan questions live.

“When we blend our creativity with our partners, we create innovative and disruptive new experiences for audiences to enjoy,” said Mark Jarman, head of Smirnoff GB, per the report.

“Gorillaz are entertainment originators and real pioneers. This masterclass is a true testament to the endless possibilities that arise from embracing the true power of originality.”

At the end of the promotional video, Niccals tells fans to “come for the cocktails, stay for the banter.”

Read more: ‘I’m a Nutter in the Kitchen’: Brooklyn Beckham Accused of Trolling Fans With ‘Experimental’ Gin and Tonic

Here at Gin Raiders, we do more than write about current events in gin and the spirits industry. We are the only media property reviewing gins and aggregating the scores and reviews of other significant voices in the gin world in one place. If you’re interested in getting a shot of gin in your morning email, sign up for our Deal of the Day newsletter.