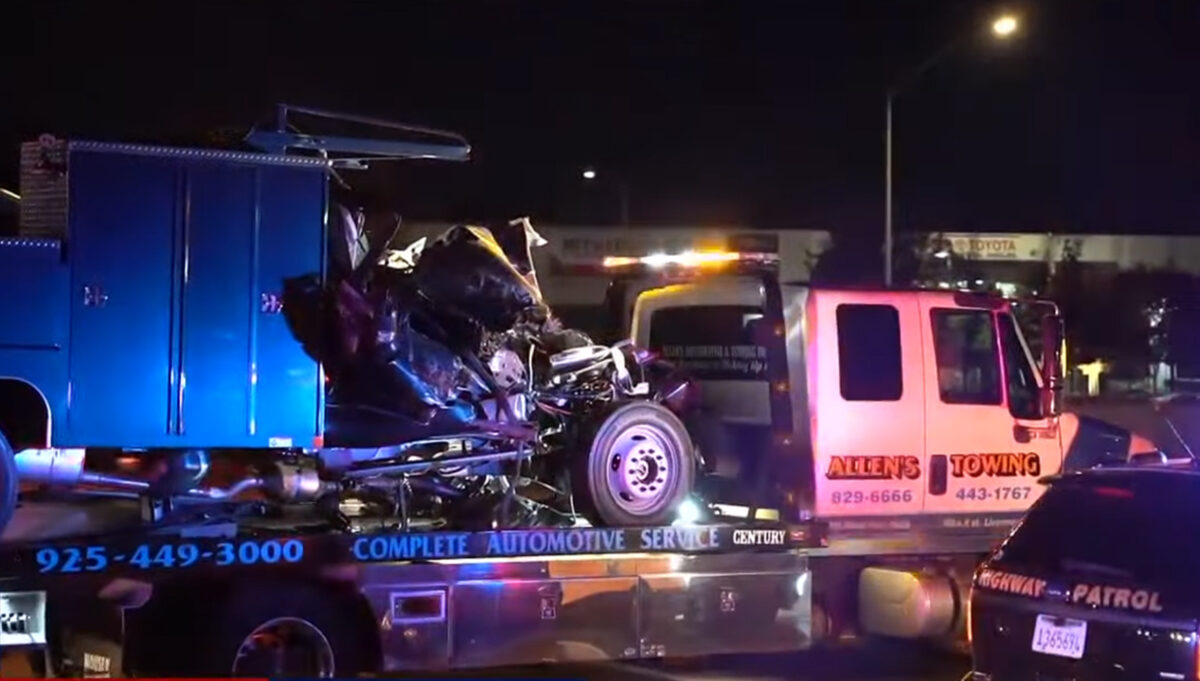 The wrecked BBQ vehicle is pictured on the back of a tow truck. (Photo: KTVU FOX 2 San Francisco/YouTube)

On Nov. 10, an Alameda County sheriff’s deputy, Michael Ziller, was accused of driving under the influence (DUI) in Livermore, California, after wrecking a county-owned truck used for BBQs, reported KTVU.

According to the report, Ziller was driving a standard utility vehicle around 6:40 p.m. when he rear-ended a tractor-trailer. KTVU reported that Ziller was returning from a funeral that was attended by Alameda County Sherriff’s deputies.

KTVU noted that Ziller worked in a unit referred to as a “BRU Unit” (BBQ Response Unit) by insiders. The BRU Unit’s responsibilities include fixing fences, building sheds and cooking food for events.

The other driver was not injured. Ziller was sent to a hospital where it was determined by an officer that he had been driving drunk, per KTVU. Ziller’s injuries were described as “moderate.”

According to the Alameda County District Attorney’s Office, Ziller has not been charged with any crime as of Monday. Capt. Ray Kelly informed KTVU that the department is awaiting toxicology reports. Kelly added that internal discipline for this type of behavior can range from work transfers to termination, per KTVU.