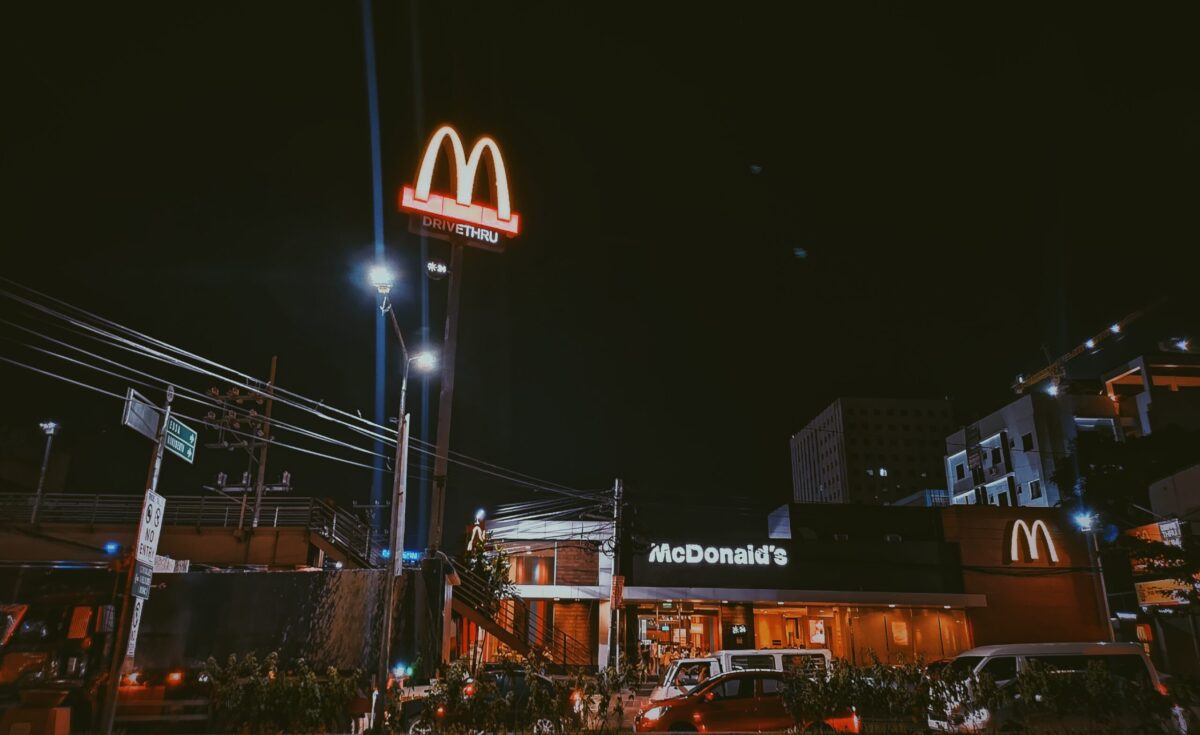 A teenager in Jersey is ordered to work as part of a “restorative justice” program after stealing vodka and damaging a McDonald’s glass door. (Photo: Mikechie Esparagoza/Pexels)

A 15-year-old in Jersey has been sentenced to 12 months of probation after admitting to stealing multiple bottles of booze from different stores, damaging a McDonald’s glass door and snatching a back belt from a gym, according to the Jersey Evening Post (JEP).

The teenager was on bail for the damage of the McDonald’s door and vodka thefts when he stole a jiu-jitsu black belt on Aug. 1 that had just been awarded and therefore had “huge sentimental value,” reported JEP. The Magistrate, Bridget Shaw, described the offences as “quite outrageous,” per the report.

A legal adviser told the Youth Court that the teenager took three bottles of vodka with an unnamed female — who the teen later claimed not to know — on May 7, JEP reported. The duo apparently stole two bottles of vodka on May 13 and another bottle on May 18, according to JEP. In total, £103.9 ($125.31) worth of vodka was taken.

The McDonald’s door damage occurred on June 21, witnessed by staff, per JEP.

“They saw a young male hit his head against the glass door and saw the glass had shattered in a spider’s web pattern,” the legal advisor said, JEP reported. Police later found the teenager in a park with “bloodshot” eyes, “confused” and apparently in “no fit state to look after himself,” noted JEP.

“It wasn’t just stealing one bottle of beer. You stole again and again and again,” the Magistrate said, according to JEP. “It was a danger to you and the friends you were drinking it with.”

It was noted that the teenager entered guilty pleas for the one malicious damage offence and the four theft offences “at the earliest opportunity,” per the report. According to an advocate, the teen had been drunk during all of the offences but has not drunk since summer.

The teen’s probation order progress will be checked after three months. The Magistrate added: “We want to be impressed. Keep away from alcohol and keep out of trouble,” per JEP.